Girl Under the Helmet 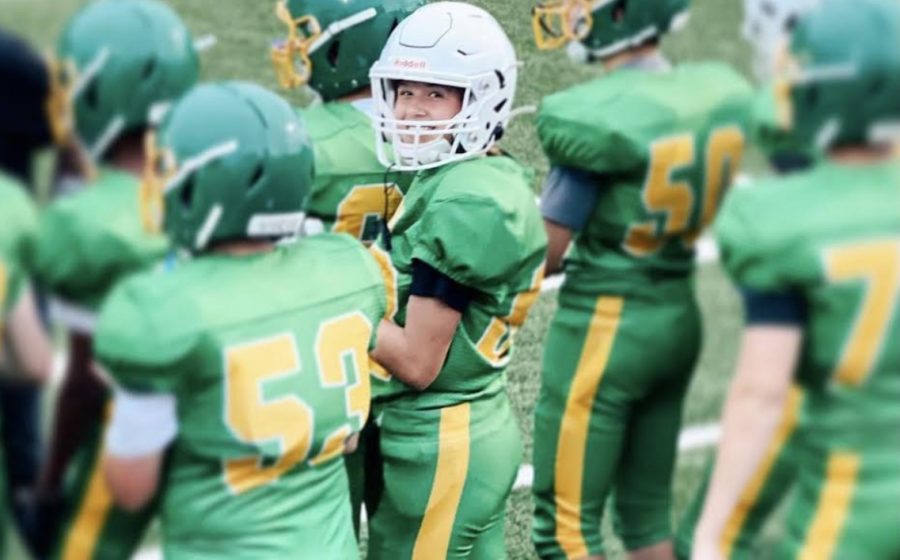 When thinking of football, our minds typically take us straight to “boys being boys” or “men being men”. Meghann Murphy is changing that narrative. Being the very first female football player in Blanchet history, Meghann is paving the way for girls at BBHS in the future.

This is Meghann’s first time playing on a football team. She has always loved football, she grew up playing with her dad and her brother but she was never serious about playing until this year.

“I have always been into football but I really got into it after I watched the freshman play, it made me realize how much I actually want to play,” said Murphy.

In fact, more girls are playing on tackle high school football teams across the country than ever before, according to the National Federation of State High Schools Association, who keeps these statistics. According to an article in Deadspin.com by Kelsey McKinney, for 2018-19, 2,404 girls played high school level at 1,918 different schools across the county.

Currently on the freshman team, Meghann mainly plays free safety and occasionally wide receiver. Both these positions require a lot of athleticism and speed.

Being the only female player can most definitely come with many challenges but for Meghann at BBHS the experience has been mostly great!

“The environment is honestly great, it’s a bit different due to the fact that I am the only girl and it does have its ups and downs. There have been times where I have received some negative comments about being a girl on the team but I just try and not let it affect me. Overall, the boys were so welcoming to me and they treat me like another guy on the team which makes me feel so much better!”

“I also think it was a weird adjustment for the boys because they were always taught to not hit a girl and now they are tackling me to the ground when they can.”

Meghann never imagined she’d be playing high school football. At the moment, she is not looking too far ahead into her football career, she is simply rolling with the punches and playing one day at a time. Hopefully we will see her back next season!