The Harsh Realities of Rejecting the Vaccine 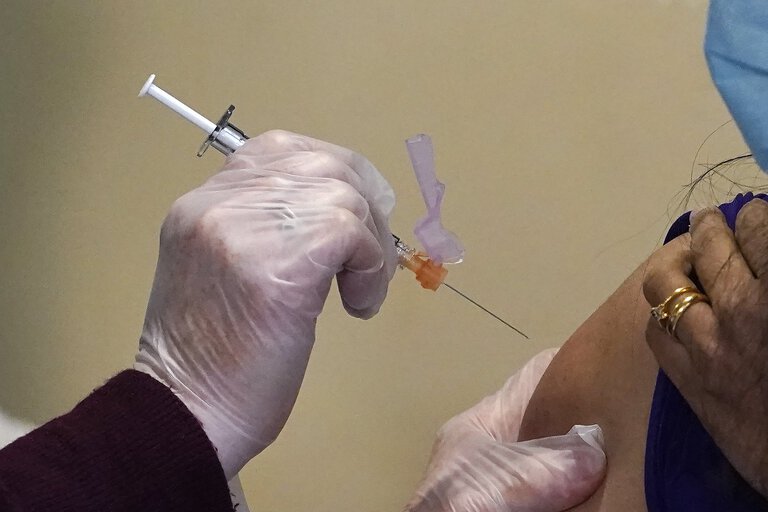 “She sat in that chair right there,” My dad says, eyes not truly seeing the loveseat which had been ravaged by years of feline attention. “She came to visit your Grandma, you know.” He’s told me this at least four times over the last week, but I nod. Our whole family is shell-shocked, not truly able to process what we’ve learned.

My cousin Noelle, a young and healthy woman with her whole life ahead of her, died of COVID-19 in October 2021, after choosing not to be vaccinated. She left behind a grieving mother, and a loving extended family. Unfortunately, this is the reality for tens of thousands of Americans across the country. The unvaccinated account for 95% of new cases, and 92% of new COVID deaths, according to a report from the CDC.

Noelle was a friendly, easy-going person, who made new friends wherever she went. She was also a lover of all dogs, especially pit-bulls, of which she had several rescues., and she worked for a dog boarding service once she graduated college. But she was also stubborn and stood firm in her beliefs, a trait which up until now, had been something of a point of pride in my family, as it seemed nearly every single relative had that trait in aces. Unfortunately, she had decided that she did not want the vaccine, and nothing anyone said or did was going to change her mind.

Across the nation, reasons for not receiving the vaccine range from the tame; religious and philosophical objections, fear over what might be in it, to the downright outlandish; that the government is injecting you with a tracker, believing it will cause autism, or vaccine shedding -which is the belief that you can pass on the virus due to the vaccine. The list goes on and on. Unfortunately for my family, we will be left to wonder why our beloved Noelle chose not to receive the vaccine. Despite pleas from her mother, she stood firm in her refusal, and simply said, “Because I don’t want it.”

When the most frightening viruses in our world were measles, influenza, or meningitis, most people weren’t too concerned when they heard someone was unvaccinated. At worst, they might end up in the hospital for a few days, or in very rare cases, they might die. What makes those three viruses different from COVID is this: Medical professionals know how to treat them, and have medicines that work against them. But with COVID, there simply are not very many medicines which have been approved to treat the virus.

As over 700,000 Americans can attest to, COVID-19 is a problem which must be swiftly and firmly dealt with, either by strict quarantining, which has been attempted unsuccessfully, or by nationwide vaccination. The rising issue is that many believe that the choice to either receive or deny the vaccine is a personal choice, and one the government has no say in, as it will supposedly only affect the person opting not to be vaccinated.

The argument, which has grown more heated and more important over the last twelve months; is it ethical for a nationwide vaccine mandate, or is the government overstepping? Many believe that it is well within the government’s rights to require their workers to be vaccinated, while others see it as an infringement on their religious and personal freedoms. After all, children are already required to be vaccinated for Polio, Diphtheria, Tetanus, Pertussis, Hepatitis B, Varicella (Chicken Pox), Measles, Mumps, and Rubella, all before they can start Kindergarten.

So, which is it? Is a federal vaccine mandate within the government’s jurisdiction, or does it violate the constitution, because it cannot be both. The answer is this: it depends who you ask, as well as the reasoning behind the mandate. Is it simply a flex of federal muscle, to see how far they can push the American people, or is it possible that the government, which has seen over 700,000 of its citizens die because of COVID-19 since February 2020, only wishes to protect the people.

Now the Rosenthal-Siegmund family is left with a hole which will never be filled, dogs are left wondering where their person is, my family has been left with questions that will never be answered, and most importantly, a mother is left without her daughter.