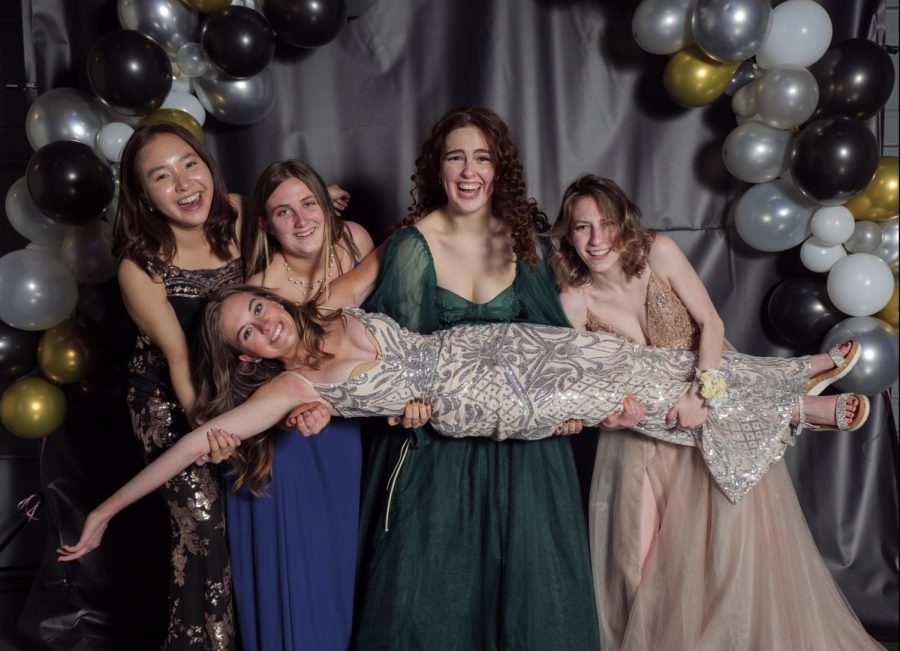 Following two years of self isolation, many seniors are beyond excited for this final dance, with one going so far as to make their own dress by hand, so that their dress will truly encapsulate their tastes. Rachel Drescher started working on her dress in June of last year, and has spent countless hours designing, stitching and measuring to get the perfect fit.

“Working on my own dress has been a massive achievement and test of my own skills, and showed me I am more capable than I thought.”

In addition to that, she has also started a small business in dress alterations, for fellow classmates, and has found customers in Josephine Partridge and Sula Stone.

“I’ve been working on my own prom dress as a personal challenge to myself to test my own skills in sewing, though through doing that I discovered an opportunity: a couple of people have gotten their dresses last minute and needed serious alterations, which would be very, very expensive. So with that opportunity I’ve been able to help out some friends and also make a little bit of money, which is nice.

Senior Hannah Kahn started an Instagram account in late January to ensure everyone would have a different dress from everyone else, and currently has input from 54 girls. “There have been prom accounts for at least the last two years, and girls at lunch were saying no one had made one yet, so I took initiative and made one.” The account, @bbhspromdresses2022 boasts over 90 followers.

The Senior Class Cabinet has been working since before spring break on deciding this year’s theme and decorations, which are rumored to be based upon a certain regency-era Netflix show, featuring many garden themed decorations.

While Prom is always a major highlight of Senior year, it is especially important this year, given all that has been lost in the past two years due to the pandemic, and will certainly be a night to remember.