Which Rights Are Worth Protecting? 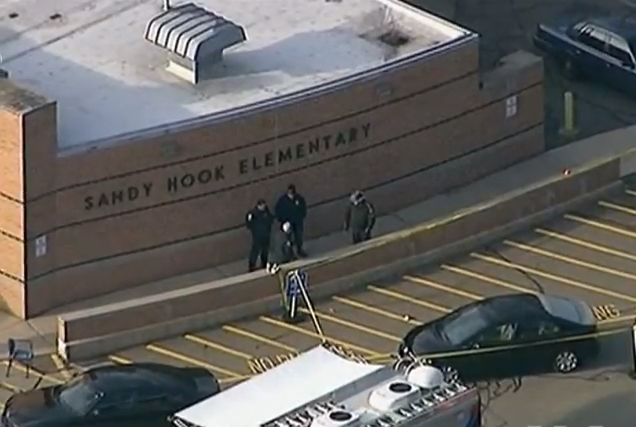 It all started with Columbine, 1999. Followed by Virginia Tech, Sandy Hook, Parkland.

These mass school shootings surely had an impact on American society, but it has not been enough to change the trends of the last 25 years in relation to mass shootings. And now, a location to add the list which has done nothing but grow since Columbine High School was forever changed. The Uvalde shooting marked history in America on May 24, 2022.

An 18 year-old gunman fatally shot 19 students and 2 teachers inside of the Robb Elementary School in Texas. Just 10 days after the racially motivated shooting inside of a supermarket in Buffalo, New York, killing 10 people.

Ulvade has been the 213th violent gun incident in 2022. As of May 24th, 143 days have passed in the year. When did it become normal for there to be multiple deadly outbreaks of hate in the country each day? When did America turn its eyes away from the mass of injustice that plagues communities daily?

American history books will recount these years as deadly times of hate crimes. Students will learn about mass shootings, look at pictures of families embracing each other in tears, and students running from elementary schools. But will it be history if it continues to happen? Will there be a change somewhere along the way, that makes it so that this is something of the past, a mistake of the American government, something that does not continue to stain the lives of families and children for generations to come.

As a high school student, I fear for the worst everyday I step into the doors of the school. The statistics have only proven that it is not as uncommon as we like to think, it just isn’t as widely advertised.

Growing up in these times, I have gone through the motions of an active shooter drill, and lockdown in every school I have attended, I have read the news of tragedies striking the country I live in, and I have watched my mother cry at the dinner table hearing about the news of the Parkland and Uvalde shooting. Schools should not have to plan for an active shooter inside the building, and students should not have to live in fear. America should protect children, public spaces, and families in a more urgent way.

The right to bear arms cannot continue to trump the right to life. The right for children to grow up in safe schools, to not fear for their lives when they are in the place where they should be protected, and able to learn and grow. The recent events in America have scarred families, and children.

While it is not expected to happen to your family, your children, or in your town, Ulvade has proven that it can happen in the most unlikely of places, even in the small towns knit together with community.

There is a reason why tragedies such as the recent events in Buffalo and Uvalde have happened, and it is far more complex than just the killer.

There is a reason why things like this do not happen around the world, and a reason why America is so horribly known for school shootings, and other violent forms of attack. It is past the point where legislation can blame mental health problems, or refer to shooters as “deranged teenagers.”  It is an American problem.

Gun accessibility is too easy, and there will always be ways to work around it for people who want semi automatic rifles. Background checks should be required for every purchase of any weapon, but that is still not enough.

“Meanwhile,” said a BBC reporter on a broadcast, “the gun store owner who sold the semi-automatic used in the attack told several US outlets that no alert came up when he ran the suspect’s name through a government background check system.”

With the right amount of money, people will turn their heads away and sell an illegal assualt rifle, because that is the way that they have gotten into the hands of mass murderers.

Americans cannot continue to blame mental illness. An NPR article covering the Uvalde shooting stated that there was no criminal record or signs of mental health issues from the shooter before the shooting that took place. While there have been shooters whose families and friends can recall “strange” or “weird” things about them, no one expects their child to be a school shooter.

The blame has to stop, and initiative has to begin.

Banning assault rifles is the first step to a safer country, and safer schools for children.

A Parkland teacher spoke on the issue of recovering from the trauma of being in the shooting back in 2018 in an effort to help the community of Uvalde.

Children involved in mass killing events such as this need a place to recover, somewhere safe, which is not at school. Helping people recover from shootings is equally as important as taking steps to prevent it from happening in the first place.

Take the initiative and vote, lobby for safer schools, and do not let the news of mass shootings become normalized.