To Associate the Chicago Kidnapping with BLM is Unjust 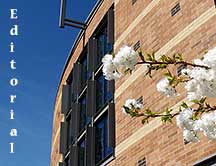 In Chicago this past Thursday, January 5, four African-American teenagers were charged with committing a hate crime among other felonies. The charges emerged after the 4 teens kidnapped and tortured a Caucasian, special needs teenager (said to be an acquaintance of one of the suspects) while streaming the assault on a Facebook Live broadcast on Wednesday, January 4.

The half-hour broadcast showed the assailants continuously abusing and taunting the 18-year-old victim. Some of the acts of maltreatment included the assailants repeatedly kicking and punching the victim, slashing his sweatshirt with a knife, and taking a knife to the victim’s head, carving off a patch of his scalp.

The graphic abuse was not the only component of the broadcast that left viewers appalled. Amidst the visual display of physical attacks on the victim, the audio recording was riddled with racial slurs and condescending references to the victim’s mental state, as well as vulgar remarks regarding both President-elect Donald Trump and “white people” as a whole.

The Miter Staff wholeheartedly believes this incident to be considered a hate crime and finds the actions of the four Chicago teenagers to be both atrocious and offensive. Under no circumstances should anybody wish to see an innocent human being suffer through such abuse.

That being said, The Miter Staff found it to be egregious that some individuals are choosing to associate the actions of the teens with the Black Lives Matter movement. Such accusation are completely unwarranted and utterly disrespectful.

A pertinent issue that seemingly always arises in black-on-white hate crimes similar to this is that individuals completely ignorant to the true purpose of the Black Lives Matter movement will associate such actions with BLM for the sole reason that the assailants are black.

Let this be made clear, the goal of the Black Lives Matter movement is to strengthen the value and advocate for the importance of a black individual’s life. BLM is not a hate-group built for “domestic terrorism”, or any vessel for negativity or abhorrence.

In no way, shape, or form do the actions of the 4 teenagers correlate to the mission of the Black Lives Matter movement. In reality, advocates of BLM were likely just as horrified as anyone else, if not more so by their actions.

Despite this reality, millions of people on Twitter chose to make the Black Lives Matter movement a central point in circulating the news of the kidnapping and assault by sharing posts using the hashtag “#BLMKidnapping.”

Although the use of this hashtag is unjustified for an innumerable amount of reasons, the most glaring is the simple fact that nowhere in this nearly thirty minute live stream do any of the four assailants represent for, or even mention Black Lives Matter.

The question The Miter Staff posses is what leads us as a society to make such generalizations about people merely regarding race? Furthermore, how can we work collectively to avoid making these generalizations?

Yes, the actions of these four Chicago teenagers were heinous. Yes, all four of them were African-American. Yes, the victim of the kidnapping and torture was Caucasian. In reality though, this story has nothing to do with “black vs. white,” but rather everything to do with “right vs. wrong.”

What these teenagers chose to do was morally wrong, yet somehow the storyline of this occurrence was not highlighted as evil because of the content of their actions. Rather, the story was accentuated by relating it BLM because of the color of their skin.

So long as we are unable to analyze situations like these and recognize what is truly important, generalizations regarding trivial matters like race will always consume our attention.